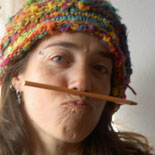 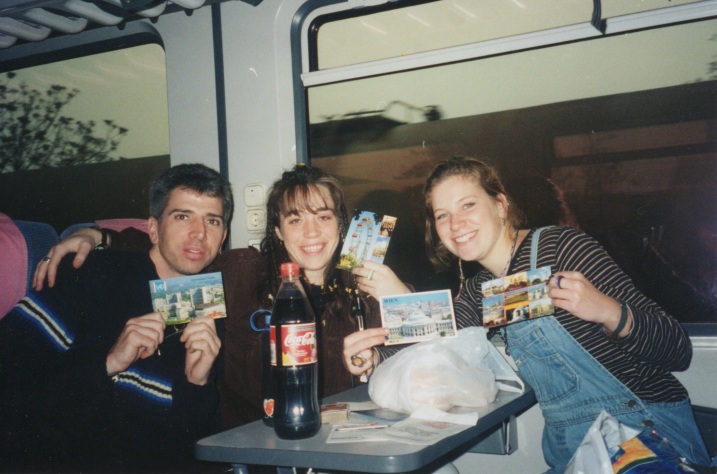 Once upon a time four Moldovan Peace Corps Volunteers decided to close out the 1997 year by traveling around Eastern Europe.  So, Julie, Chris, Carrie and myself, Bridget, set off on a train from Chisinau and headed west to Romania.  The trip took us through amazing cities such as Bucharest, Budapest, Prague, and Bratislava. And while there are lots of stories that one could tell about this weeklong adventure, the story that will be told today took place in Vienna, Austria. 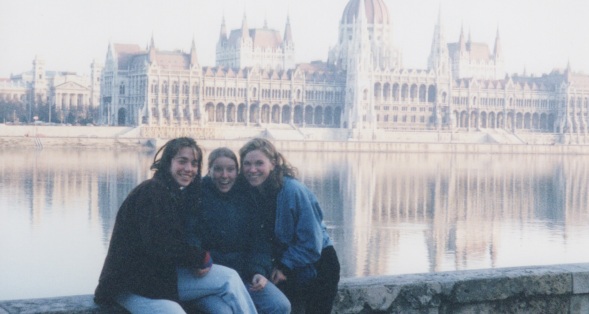 I should emphasize that being Peace Corps Volunteers means that we live on a limited budget but one that is conducive to traveling around Eastern Europe. It is interesting to note how currency values can differ from country to country and this proved true when arriving in Vienna, Austria…clearly a part of Western Europe, not Eastern. Comparatively this was the most expensive place on our New Year’s adventure.

Upon arrival we ventured to find a hostel to stay for the night. This had not been a problem in any of the other countries visited and so we were a bit surprised to realize that we could not find a place to stay.  We were however given direction to a place “somewhere” in Vienna that “might” have a place for us for the night.  So we spend what seemed like an enormous amount of money and bought tickets on the metro.  Off we went…apparently in the wrong direction.  After much time on the metro and it growing dark, from what we could see from going above ground and below…above ground and below…for a long time, we eventually needed to get off at the end of the rail, buy another ticket and head back into the direction from whence we came.  More time on the metro. Eventually we found what we thought was the stop for the supposed hostel. 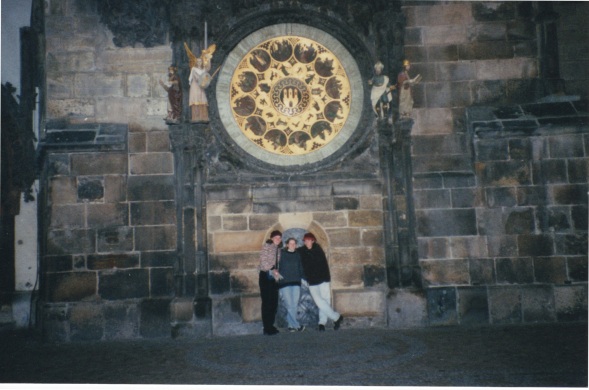 Carrie, Bridget and Joolee in Prague

As we exited the metro station, we realized that we still had no idea where we were going. And so, we started walking…and walking…and walking.  It was now getting very late, very dark, we were a bit perturbed about the time we spent on the metro and we were hungry.  We continued to walk when somebody pulled up and asked if we need help.  Clearly we did!  We explained where we were trying to go, in broken language barriers, he seemed to somewhat understand and so we split the group up.  Honestly, I don’t remember who did what but two of us (me being one) continued to walk while two got in the stranger’s car and hoped for the best.  Time passed and as faith would have it, the car eventually came back for us and took us to the hostel where we all met up…only to find out that while they could find a “spot” for each of us, we would not be together.

We also discussed that this was clearly not a hostel with such cost and the fact that it offered a continental breakfast. Okay, after the day we had been having, that would have to be fine. Now to figure out what to eat. Because it was after 9 by this point, we were unable to find many places to eat, our funds were running low as this was the end of our trip and we had spent more than anticipated on the metro.  But we did find one place that was open.  For the first time in my years of being overseas, I took out the “forbidden credit card” that my parents had given me. But clearly this was a time for an emergency. So, we ate hardy, drank well and headed back to the hostile in much better spirits than just a few hours before.  But we were still in Vienna… 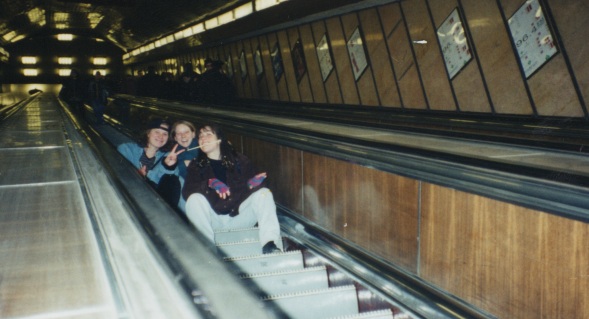 The next morning we met up for the continental breakfast and to decide what to do. The theme from each of us was the same…get out of Vienna!  And so that entailed braving the metro…again! A bit more familiar with the rail system on day two than we were the day before, we didn’t have to reverse directions to find where we were going. But we also didn’t get to our destination-the train station-in one smooth passing either.  There was more asking directions, reading metro signs and eventually getting off nowhere near our stop.  Alas, we arrived at the train station where we bought some postcards of what Vienna supposedly looks like, although we would never know for we could not get out of town fast enough!

With snacks in hand and almost no money in our pockets, we got on the train and took a picture of our “time in Vienna”…riding a train and holding up postcards.

This entry was posted on March 3, 2012 by billjirsa in stories.